Sci-FILE 770 (commonly referred to as File-770) is Mike Glyer's science fiction fan "newzine," focusing on fanzines, science fictions clubs, conventions, and fan funds. Glyer's newzine provides many of the same things you would find in a regular newspaper; however, the stories and contributors are centered around different areas of the science fiction world. Even today in 2016, the newzine continues to be printed as a paper fanzine.

Our new and reimagined version of this exhibit can be found at:

Welcome to FOSFAX 205 PT1. FOSFAX is the official fanzine publication, or clubzine, of FOSFA (the Falls of the Ohio Science Fiction and Fantasy Association). This issue is 60 pages long and filled with a myriad of topics including book and Con reviews, acknowledgements of the happenings in the Science Fiction world, original fan works, alternate perspectives of historical events that the editors deem interesting enough to include, and editors’ notes on life happenings in the realm of sci-fi. While this publication is usually extremely long, especially under Timothy Lane’s editorship, it proved a great collection and collaborative effort of the works of  FOSFA’s members.

The Future Times was the monthly publication by the Atlanta Science Fiction Society (ASFS), a non-profit gathering fans of Science Fiction and Fantasy. The newsletter highlights the current events happening in the science fiction world, and officers of ASFS report to the fanzine. The ASFS partners with The Georgia Institute of Technology to support the Science Fiction collection at the library. The zine was published from circa 1999 to 2009. We chose Vol. 6 #7 published in July 2003 to digitally archive. The newsletter covers topics from the latest Harry Potter book release to Pirates of the Caribbean.

Georgia Transfans Special, Issue One, is a fanzine by Robert Springer that provides a mixture that ranges from fanfiction reading material, to reviews about merchandise, as well as products for sale from other fans. In this issue a fan story, Transformers Beast Machines Alpha: Patrol, is presented by the contributor Trixter telling a story of a Maximal type Transformer named Nightstalker, who is searching for survivors to add to her group’s number.

Robert Springer started the Georgia Transformers Fans group for fans of all ages and backgrounds to serve as a resource to fans in the Georgia area. So in the fanzine reviews on toys other works in transformers universe are given as well as listing of certain Transformer models for sale

This exhibit was compiled by students in the Georgia Tech Fall 2014 Media, Materiality, and Archives class in collaboration with the Georgia Institute of Technology Archives & Records Management department.

Major Marvel Villians Part 2: H-M is part 2 of a 3 or 4 part series by Larry Montgomery and was published back in 1983 by the Southern Fandom Press Alliance.Larry Montgomery was a huge fan of Marvel comics, and what had begun as a personal hobby of collecting and noting had turned into an actual index of supervillains. In this fanzine, Montgomery portrays each of the supervillains depicted in every Marvel comic he could access that appeared at a minimum of 9 times in the forever long series. In addition to organizing them in alphabetical order for optimum search, he also provides his own commentary. With detailed descriptions on each supervillain as well as each of their appearances in certain comics gives the reader a chance to really understand the depth in which these zines were assembled. Overall, the amount of work in attempting to compile the information from all the comics just oozes from these descriptions.

Marvel Comics had originally began under the name Timely Publications in 1939, and later renamed itself to Marvel Comics. Throughout the 1960’s, Marvel had produced many of the modern comic book characters we see today. Among all the superheroes that have gained popularity over the years, it is due to the supervillains that they have gained any spotlight. Montgomery compiles this index in order to give these villains the spotlight they deserve.

The Moon Phases 8 exhibition is an uploaded version of the original zine published in 1986. This is the 8th issue of Moon Phases that was first published in 1981. This exhibit was compiled by students of Georgia Tech’s Spring 2016 Archives, Media & Materiality class.
Moon Phases 8 is a science-fiction fanzine housed in the Bud Foote Science Fiction collection. The fanzine is a collection of short stories written by a mixture of amateur and professional writers. Each issue has different contributors with a couple of regular contributors. Moon Phases 8 was edited by Nina Boal.
Exhibit broken into subsections of short stories:

Myriad began in 1968 by Stven Carlberg. A member of another amateur press alliance called CAPA-Alpha, Carlberg relied on many fellow CAPA-Alpha members to contribute to Myriad.
As Carlberg became more comfortable in his role as Official Editor, he began inviting local friends and acquaintances to contribute. This became a trend that future Official Editors followed for years to come.
Later, Myriad began drawing on contacts from the Southern Fandom Press Alliance to contribute to the growing fanzine. Gradually, it become the second largest amateur press alliance in the South.

Check out our reimagined fanzine!

Myriad was started by Steven Carlberg in 1968. The fanzine drew from contributors to another fanzine called Quantum and the wait-list for the amateur press alliance CAPA-Alpha. The members of the fanzine refer to its contents affectionately as "not much'a nothin'", but the fanzine is generally rooted in science fiction (Biggers). The Myriad collection was donated to Georgia Tech Archives in 2011 and is kept and maintained as part of the Georgia Institute of Technology Bud Foote Collection as part of the Archives and Record Management Department ("Georgia Tech Library").

The Myriad No. 8 Exhibition is a document viewer of the original Zine displayed side by side with an augmented version, utilizing the TEI standard where possible and providing additional information about some of the things mentioned in the Zine.

The OCR and image compilation was done by Ross Schlegel. The TEI was created by students at the University of Victoria in Victoria, BC, Canada. The addtional text was written by Atta Hassan. The site was created and designed by Evan Compton. 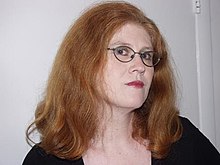 Welcome to the archive of Norman Bates no. 3! The Norman Bates fanzine was written by Nancy A. Collins, a horror fiction writer. Norman Bates no. 3 was written in between Februrary and April 1983, which would have made Collins 24 when she created it, as she was born in 1959. Collins has also written a series about vampires, several comics and a few unproduced screen plays. She wrote fanzines until she found a mentor that could help her write more impressive and lengthy bodies of work.

This fanzine is 12 pages and includes a description of what Collins has done since her last fanzine. After the story, there are mailing comments. Nancy Collins also includes an abundance of reviews for concerts she had seen, books that she read, movies she had seen, and comics she had read. The fanzine ends with a conclusion message from Collins. View the standard Norman Bates Fanzine Collection here, or read the pages in our exhibit below!